Nighttime, alcohol and coming home late demand a tribute in the form of an outrageous banquet. It’s something so common that in English –such a flexible language— there is a word to define it: the munchies. The term refers to the fast foods (french fries, nuts, pizza, snack, sweets, candy… ) that are exactly what we want when we get home really, really late –that time of night when you’d sell your own mother for a ham sandwich—falling down drunk, but not so bad that you can’t down those greasy delicacies that, along with sleep, sweeten the hellish morning hangover just a bit.

The munchies are also associated with getting high and the anglo world uses the term a lot in the context of smoking pot, that provokes a particular type of hunger, but let’s not talk about that here, at least until this is like Uruguay and cannabis is distriubuted with a prescription in pharmacies.

The Mediterranean diet also enjoys the night, and that’s why drunken Spaniards, on their way home, have a much more varied, advanced and healthy food arsenal available than those anglos –some have been seen drinking ketchup in that situation–, just to give one example of some gastronomic barbarities.

The list of rejuvenating delights is long, and brimming with wonderful leftovers: breaded fillets (cold cuts on slightly chewy bread turn into a ball, but it’s the best), gigantic tupperware dishes of ensaladilla rusa potato salad; cold tortilla de patata; the filling for tomorrow’s croquettes (ok to eat with a spoon); the meat from cocido stew (with gelatinous fat and all); cookies with sips of Cola-Cao in between…But since it’s really “to each his own,” we’ve researched the subject and gathered testimonies about these hurried nocturnal foods.

C. J. T. (age 40) confessed to us via email that coming home after his nighttime activities he had eaten “the big, 800 gram cans of fabada, thawed out frozen pizza, chorizo sub sandwiches, cans of tuna or mackeral, Nocilla or salami sandwiches… A banana is also good in these situations.” This nocturnal eater has even suffered accidents to satisfy his need, as the scar on his right arm bears witness. “It’s the TV’s fault” he assures us. “There was a show about Lucio where, when they fried the eggs, they flipped them in the pan with a flick of the wrist. It’s not a good idea to do this when the pan is filled with oil and you’re drunk.” 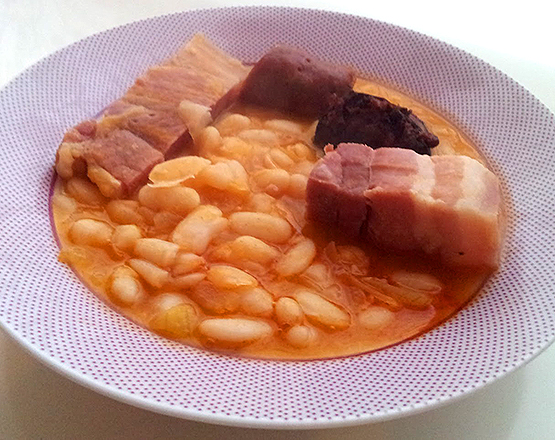 S. P. G is a 34 year old journalist who spent several months working in Galway (Ireland), a univeristy town where crawling home late at night is the norm (they don’t even serve peanuts with the pints there). Nostalgic for her mother’s Charro coldcuts from Salamanca, S. was used to making what she called the “depression sandwiches” after a night of drinking. That is, “two slices of bread, and a huge stack of any type of cold cuts in between.” S. also tells us the incredible deeds of some of her friends, among them J., who prayed for there to be leftover lentils and bread. If there was, in the silence of the night he made a hole in the loaf of bread and filled it with the lentils, until he’d created a sub sandwich that would drive wvwn the Master Chef cook from La Mancha crazy. Our informer doesn’t forget her buddies “the twins,” as close in life as they were in drinking: before going out they would make enormous pots of white rice and pasta which they put to good use. 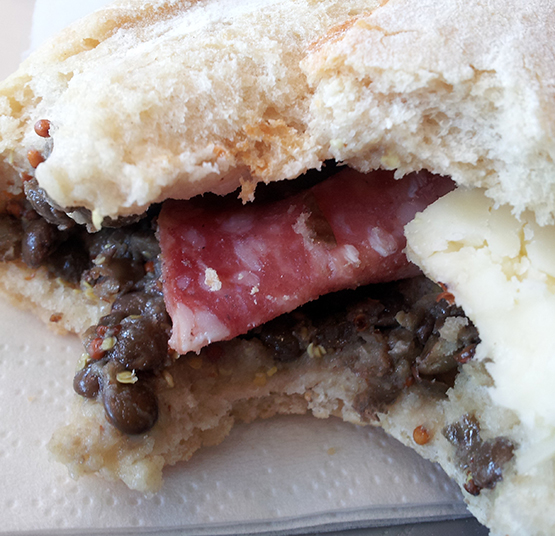 L. O. (54) is a liberal expert who, in his days of smoking weed, even ate mayonnaise out of the jar with a spoon after a good session of smoking and few bottles of Mahou. And to top it off, we wanted to get the sense of those who have the highest level of responsibility –educating our children–, who don’t deny themselves their share of noctural classics, but do it right. J.M. a thirty-something high school professor living in the town of Guadalajara, told us how one of his colleagues prepared an entire dish of migas before going to sleep it off, and also tells us about a guy he knew, someone with very good eating habits who, after getting home in a somewhat dubious state, liked to stick a leg of lamb in the oven, go to bed and get up just in time to eat. Sure fire cure for a hangover.