In the 15th century, an era where no part of the cow was wasted, the Lampredotto sandwich was created. It was originally a peasant’s and workman’s sandwich. Born as a dish for the very poor and humble, it has now become the pride of the Florentines and one of their favorite dishes. From the lawyers to the students, everyone loves having a lampredotto sandwich. 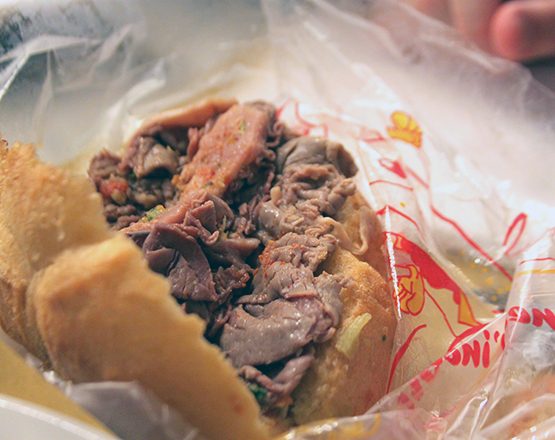 So what it is made of? It’s actually quite simple. The meat in the sandwich comes from the fourth part of the cow’s stomach, technically called the “abomasum“, or colloquially in English, “reed tripe.” It is not be confused with white honeycomb looking trippa (tripe) which is an altogether different part of the cow’s digestive system. The flat meat is cooked with odori: stock that contains aromatic herbs and vegetables such as tomatoes, carrots, celery, and onion. The meat is usually seasoned with a green sauce _ made of parsley, capers and garlic, and a little bit of chili sauce. The bread used is the typical semelle (also known as semellino). It’s a crunchy white round shaped bread. 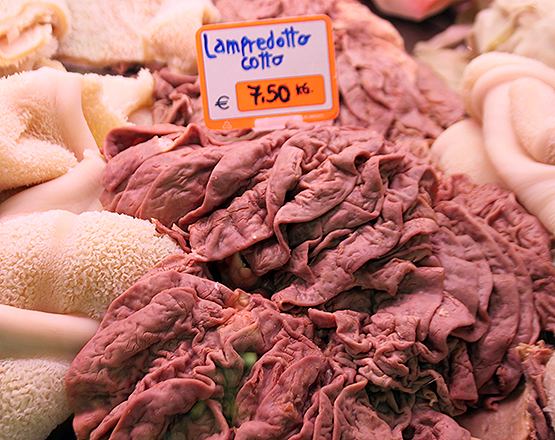 Raw Lampredotto at the butcher

The lampredotto name has quite an original source. Once there was a time when the lamprey eel (lampreda in Italian) used to swim in the Arno River. Since the meat of the popular sandwich resembles the mouth of the eel when open it ended up with a similar name. By the 19th century, the cooked stomach was sold from wooden carts, pushed by hand and later, attached to bicycle mechanisms to pedal them about. Florentines have the sandwiches standing up, without a rush, next to the lampredottai (lampredotto seller) and chat about the news, sports, etc. 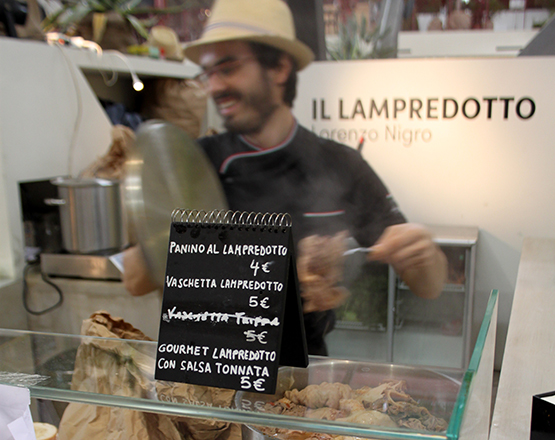 Lampredotto stall at the Central Market

When ordering, the ritual is almost always the same: you will be asked if you want the sandwich bagnato /soaked into the cooking broth, if so, then with the help of a fork the bun will be dunked into the simmering stock for a split second so as not to make it too soggy. Then, you will have to decide whether you want some green sauce and if you fancy some chili sauce. To finish the sandwich is wrapped with paper and you can take it with you and enjoy it straight away.

To truly eat like a local in Florence, lampredotto is the dish to look out for. It makes an inexpensive and nourishing meal. One food stall in the San Lorenzo market, Nerbone, has been making these sandwiches since at least 1872, be prepared to queue during lunch hours. Warning: while eating your sandwich the juices and sauces will be dripping from all sides, but that’s the fun of lampredotto sandwich! 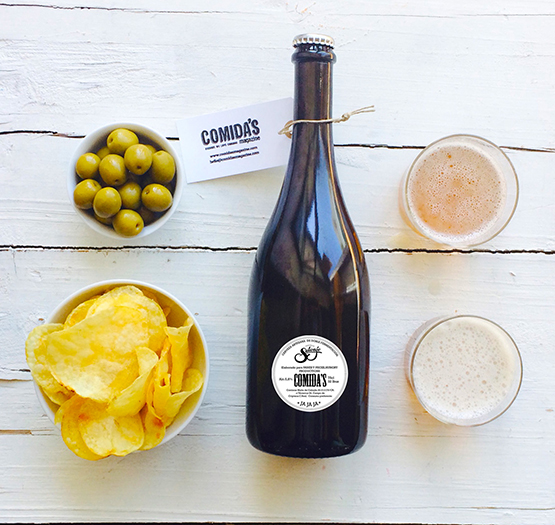 You will never eat alone