Natives say “kimchiii” instead of “cheese” when getting their pictures taken, aficionados claim it’s the healthiest food on the planet; Kimchi plays an essential part of Korea’s cultural identity. It is so much part of Korean life that it has a festival and even a museum devoted to it.

Mostly made of nappa cabbage, sour and spicy, there are an estimated 100 varieties of kimchis. Crunchier in the north and more pungent further south, it can be made of all kind of vegetables such as cucumbers, radishes, green onions, etc. The recipe to pickle them depends on the type of kimchi one is making. The most common seasonings include brine, scallions, spices, ginger, garlic, saeujeot (shrimp sauce), aekjeot (fish sauce) and copious amounts of chili powder. 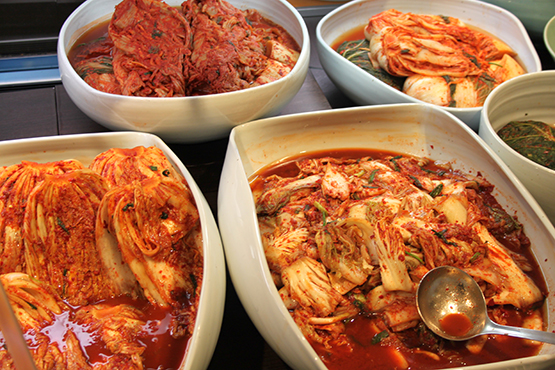 At the end of 2013, “Kimjang”, the process of making large quantities of Kimchi and gather family, friends or community members before the start of the winter was awarded world cultural heritage status by Unesco. This famous pickle is gaining more and more popularity from being served as a pizza topping or taco filling in the UK to being used by several occidental chefs in their fusion menus. Of course in its birth country, Kimchi is served at every meal, alone or with rice or noodles, in soups or in pancakes, inside dumplings or even a burger. 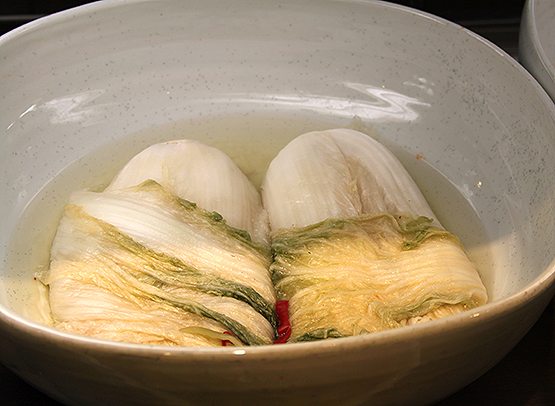 This simple process of fermenting vegetables has led a many researchers to investigate about it health benefits. What where the results? Actually, this condiment is not that far from being an incredible “superfood” if part of the everyday diet! Low in calories, high in fibers, loaded with vitamin A, B and C, Kimchi is high in antioxidants and can help lowering cholesterol levels. The bacterias found in those fermented vegetables are an excellent source of probiotics that helps the body fights various infections. And last but not least, most of the ingredients used to make kimchi such as ginger, pepper, and garlic have all been known to support the immune system and are believed to have the ability to stop or shorten cold and flu symptoms. 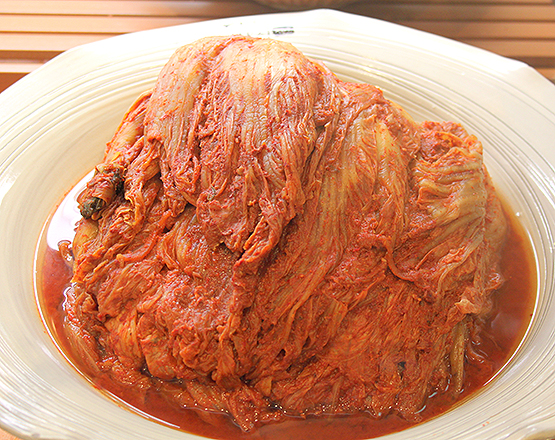 Feel like giving it a try? Or course you could gather all the ingredients, roll up your sleeves and do it yourself, but nowadays Kimchi is quite easy to find in Asian grocery stores. Chop it and maybe mix it together with the ingredients of a tortilla, add it to a vegetables or meat stir fry, or throw in a few pieces into a stew to give it a lovely hot and spicy kick…