In La Palma del Condado (Huelva) they make a brandy that is every bit as good Sherry or French cognacs. Its name, Luis Felipe.

The son of the man who gives his name to this surprising brandy was quite a character.  Antonio María de Orleans, Duke of Montpensier (1824–1890), came into this world as the youngest offspring of Luis Felipe I (Louis-Philippe I), King of France. He fought in the colonial wars of Algeria; he traveled through the Near East; he aspired to the throne of Ecuador; he became brother-in-law to Isabel II, “la Chata”; he helped finance the revolution that dethroned her in 1868; he killed Enrique de Borbón, his cousin, in a pistol dual just outside of Madrid; frustrated by his failed attempt at taking over the Spanish crown, he took part in the plot that assassinated General Prim; and through all this, he had time to father ten children with his Borbón bride, who answered to the pure-blood name of Luisa Fernanda.

Furthermore, he drank. A lot. 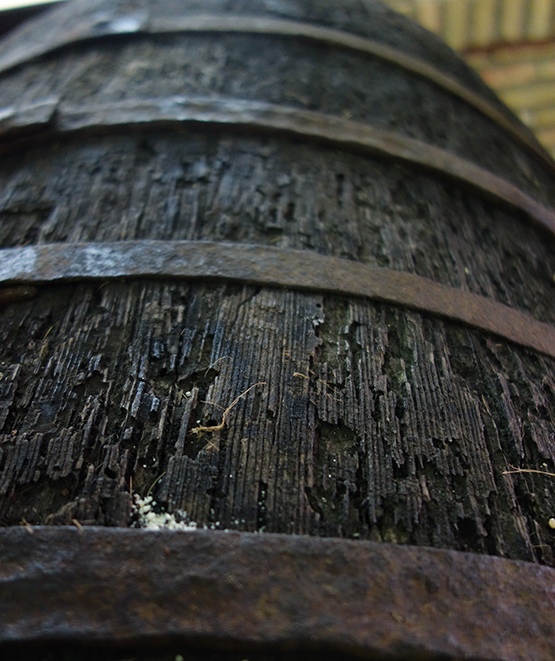 SURPRISE IN THE BODEGA
1893, a bodega in La Palma del Condado, Huelva. In a dark corner, perhaps forgotten by their owner, silent, covered in dust, are the old oak barrels. The story goes that the aged oenologist that lent a hand had visions when he opened and tasted the brandy the held,  dense, aged and complex, very different from those he knew from France and around Jerez.

Those barrels flaunted a name (Luis Felipe) and testified to belonging to the son of Luis Felipe I, our ambitious Duke of Montpensier, who, after living in Seville, ended up moving into his estate in Sanlúcar de Barrameda where he died of a stroke. Death denied the duke his drink, but, always fair, he left it in the care of the commoners who maintained its true essence. Since 1965, the Bodegas Rubio has been in charge of carrying on the secret of this brandy that has slowly but surely won over those in the know, both in and outside Spain (it won the Silver Medal in the 2012 International Spirits Competition, in Quebec, Canada). 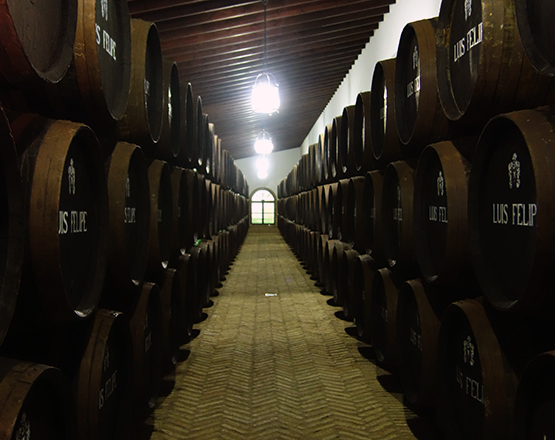 Luis Felipe brandy is aged using the traditional system of solares and criaderas in American oak casks or butts, which previously held olorosos and Pedro Ximénez. This system uses the distillates’ different levels of aging, which are blended. So, each system of solares is made up of various criaderas formed by the casks. The cask with the most mature liquid sits just off the floor and so is called “solera” (from suelo, floor). On top of it the different, younger casks (or criaderas) are stacked and numbered according to their age. The bottled product always comes from the soleras, after benefitting from the freshness of the young alcohols that were blended in from above, which at the same time take on the qualities of the older alcohol. 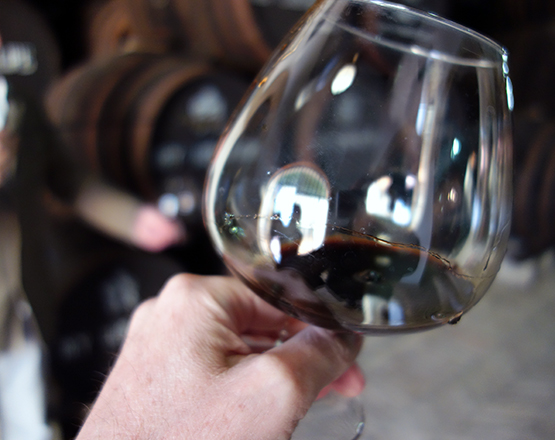