We live in one of the countries with the most kilometers of coastline in Europe. Over the centuries, this has led to the development of distinct marine-inspired cuisines in different areas, cuisines that share many of the same raw ingredients, but have produced very different – though always flavorful – results. Suquets, caldeiradas, pescados a la sidra, calderetas, arroces marineros… This is something that we share with our Portuguese neighbors, another country that boasts a staggering amount of diversity when it comes to bringing the products of the sea to the stewpot, and that has brought us a huge selection of wonderful fish restaurants – with something for every budget.

With ten autonomous communities with coastline and many important restaurants specializing in fish and shellfish, it’s clear that any selection (of restaurants) is going to be lacking. This is even truer if, on top of all that, we add the more than 1,000 km of Portuguese coastline to the mix. In any case, the following restaurants provide a good idea as to how we Iberians see marine cuisine, from north to south, inland and on the coast, in both modest local haunts and acclaimed gastronomic restaurants.

LA RESERVA DE ANTONIO
The Costa del Sol is known for its beaches and chiringuitos (beach food stands), as well as its marine cooking. Beyond the standard proposals aimed at tourists, many of its towns still have authentic culinary refuges that respect area traditions and work with the very best raw ingredients. La Reserva de Antonio, in the heart of Torremolinos, is one of those restaurants. Incredibly light fish fries, salt-crusted fish that aren’t easy to find anymore, as well as calamari and shellfish… all in a marine ambience that has an equally enticing bar selection.
La Reserva de Antonio: Plaza del Remo, 6. Torremolinos (Málaga)

CASA ISOLINA
Founded in 1878 in a town on the Ría de Arousa, Casa Isolina is currently manned by the fourth generation of chefs and it has become one of those temples of product that, outside of guidebooks, is passed on by word of mouth from one fish lover to another. Its offerings are simple and based on traditional Galician cuisine: steamed or cooked shellfish, Galician-style fish, stewed xoubas (small sardines), octapus… A good option, on a first visit, is to ask for a tasting menu that, for a reasonable price, offers a selection of the best of its dishes.
Casa Isolina: Rúa Cruceiro, 4. Taragoña – Rianxo (A Coruña)

RIBAMAR
South of Lisbon and at the foot of the Serra de Arrábida (mountains), Sesimbra is one of those seaside villages lucky enough to be located between the Sado River estuary, with its large sandy beaches, and the cliffs of Cabo Espichel. As a result, there are both sand and rockfish here, as well as shellfish and open sea catches. Out of all of the area restaurants dedicated to marine cooking, Ribamar has managed to make a name for itself for offering the very best local catch and for sometimes having rare dishes on the menu that can only be found here, such as the extremely tasty Pés de Burro, a bivalve that is similar to a clam, but bigger, and that, served open and raw with a drop of lemon juice, alone justifies a visit to this town and restaurant.
Ribamar: Avenida dos Náufragos, 29. Sesimbra (Portugal) 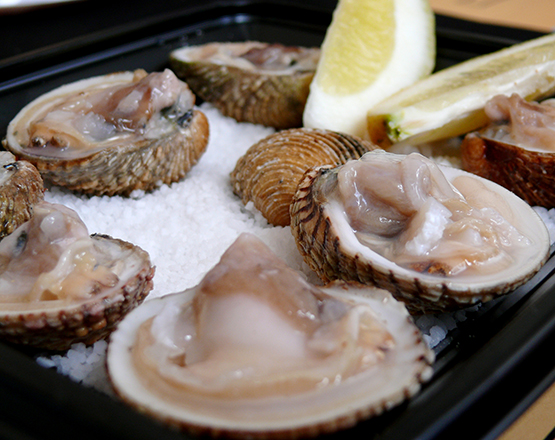 PAZO COUÑAGO
Away from the coast there has always been another style of marine cuisine: plates of dried octopus, eel and, particularly, cod, that have kept an appreciation for ocean flavors alive in inland regions. Today, thanks to advances in transportation and food preservation, this inland marine cuisine is complemented by some wonderful restaurants specializing in fresh fish and shellfish, keeping customers happy in cities like Madrid, Seville and, in this case, Salamanca. Pazo Couñago is a Galician restaurant that serves ultra-fresh fish from the ports of the Rías, lobster from A Guarda, lesser known species of fish like Sanmartiño (San Pedro fish) and cocochas in green sauce that are some of the best I’ve tried in a very long time.
Restaurante Pazo Couñago: Calle Arriba, 6. Salamanca 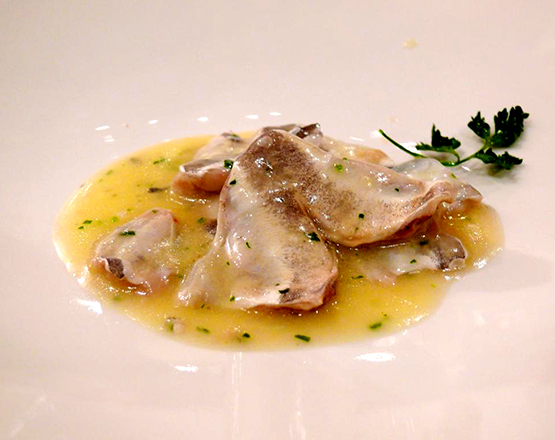 GÜEYU MAR
Opened in 2007 next to the Playa de Vega beach in eastern Asturias, Güeyu Mar is, without a doubt, one of the indispensable references for marine cooking in Spain. This is even truer if we talk about grilling. Its location, right on the coast, makes it possible for the restaurant to work with an unbeatable product, brought in from the docks in Lastres, or purchased directly from boats and fisherman. Its grilled Virrey, cogote de merluza and rubiel (types of fish) have become classics of modern Asturian cuisine.
Güeyu Mar: Playa de Vega, 84. Ribadesella (Asturias) 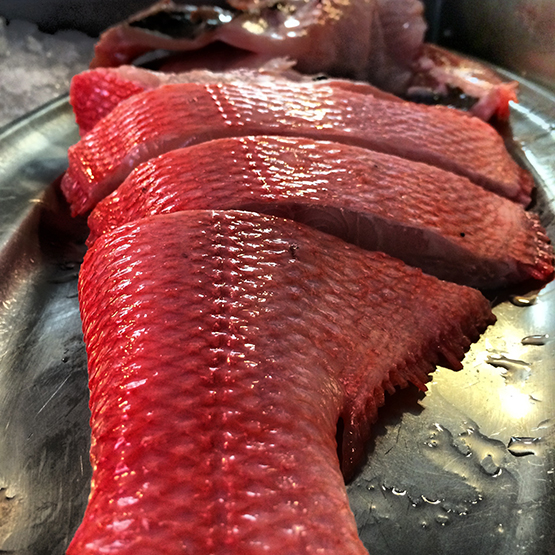 A TASCA DO JOEL
Peniche is a small coastal town located on the cliffs, some 100 km to the north of Lisbon, facing the Berlengas Islands. Located in an area known for its fish and, above all, for certain shellfish, including the celebrated percebes (gooseneck barnacles) from Berlengas. Diners head to the Tasca de Joel for things like its oven-roasted octopus, oven-baked bucios (snails) with garlic and cilantro, and more curious dishes like its calamari kebab.
A Tasca do Joel: Rua do Lapadusso, 73. Peniche (Portugal) 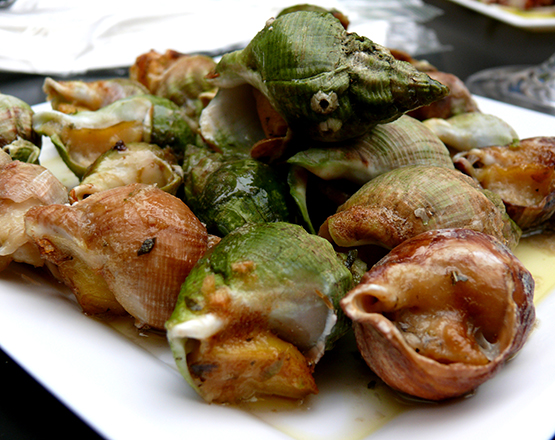 A Tasca do Joel

APONIENTE
It’s impossible to talk about marine cooking on the Iberian Peninsula today without mentioning Ángel León, his restaurant Aponiente and its crew. Impossible because Ángel has turned marine cuisine into his identifying mark and is responsible for taking it to the next level, creating a new space for it in haute cuisine and uncovering possibilities that no one had considered up until this point. Luminescent dishes, marine sausages, the discovery of plankton as a culinary ingredient… the list of contributions is endless, and so the best thing to do is to discover them in situ, in El Puerto de Santa María, and let yourself be amazed.
Aponiente: Calle Puerto Escondido, 6. El Puerto de Santa María (Cádiz)