Jamie wants you on his team. We know that Jamie Oliver, the most famous British chef – with apologies to Gordon Ramsay -, has been worried for some time that people aren’t eating right. And, according American journalist Mark Bittman, the most radical move that anyone can make to eat better is to cook at home. To cite another authority on the subject, the much-missed Manuel Vázquez Montalbán said that to eat or not to eat is a question of money, but to eat well or eat poorly is a question of culture. This servant would add that, in addition to being enjoyable, it is one of the most empowering and radical political acts that one can do, and, like Jamie, I believe that you don’t have to dedicate hours and hours or spend a lot of money to get delicious, affordable and easy results. 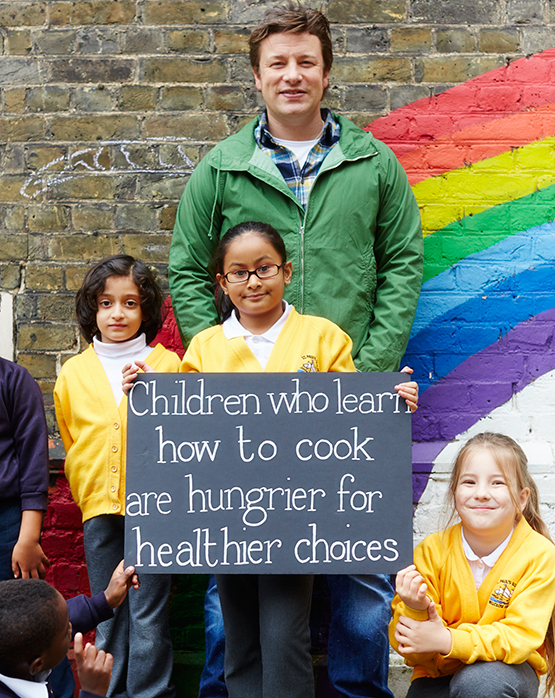 Using some of these ideas, this British chef is taking up the charge once again with Food Revolution Day, which is being celebrated today, after the resounding success of the previous edition. The idea is to bring about a peaceful revolution – despite its need for knives. The concept consists of disseminating knowledge about basic cooking techniques among individuals, communities and collectives, with the hope that they begin to eat more healthy and varied diets, thereby working to prevent things like childhood obesity, eating disorders and malnutrition.
And what’s it all about?
It’s quite simple: basically it consists of cooking at home on this day; but also learning and, above all, educating the little ones about food and cooking. Though not clearly stated, there is a reason for all of it, which is that cooking techniques – once passed down through families from generation to generation – have been disappearing thanks to the onslaught of pre-prepared foods and the stress of modern life.

So, how does one join the revolution?
The site www.foodrevolutiontoday.com contains suggestions about some activities: trying new ingredients, recipes, tips on planting a garden, a video class by the chef, or ways to participate through social networks. A simple way to get motivated to start cooking, overcome fears and, finally, to change the way things are. 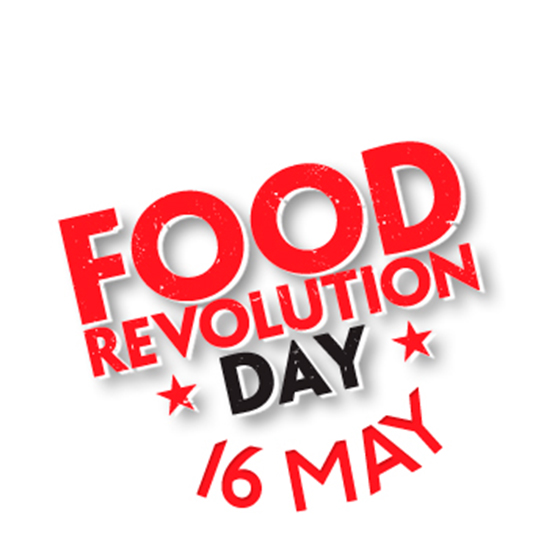