While hunting for quality Japanese food, don’t forget to try some desserts or sweet snacks. Japanese desserts are some of the most beautiful, meticulously crafted sweets one can imagine. You eat them with your eyes first and then with your mouth. If you peak through a widow and take a look at a man making a sweet red bean cake or pastry chefs preparing cakes you will be amazed by the attention to detail paid to preparation, decoration, packaging, and overall service -the quality paid to every sweet is very high. 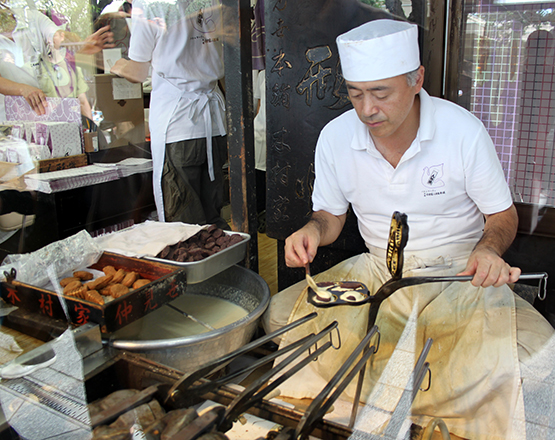 Japanese sweets tend to be not too sweet and savory elements are sometimes integrated. Like many Asian food, texture holds a very important part of the experience of enjoying Japanese sweets. Some are light, fluffy and incredibly delicate. Others have a jelly texture (that can be soft or hard), or also a glutinous or chewy one. Old fashioned traditional Japanese sweets are known as wagashi. They are often served with tea or as a snack in the middle of the day and are made mochi (rice cake made of mochigome glutinous rice), anko (red bean paste), and fruits. Wagashi companies such as Toraya exist since at least the 16th century, supplying, for instance the Imperial court. Their wagashi are extremely beautiful and feature seasonal ingredients, decoration and flavors. Being prestigious shops they are expensive, use exquisite boxes to be given as gifts or served to guests during tea ceremonies. 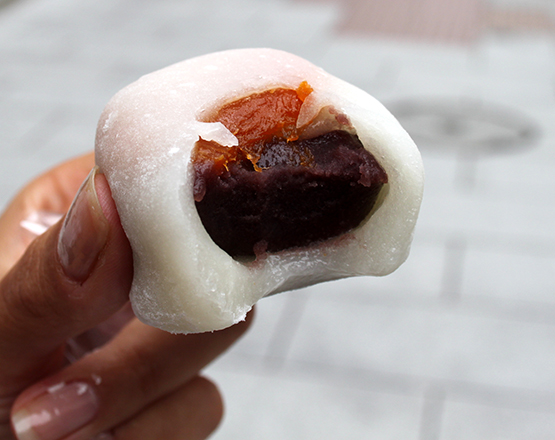 Here are some of the most common Japanese desserts:

Mochi: is a popular rice cake made of short-grain japonica glutinous rice flour. It resembles a dumpling and is usually stuffed with ice cream, jam, jelly, or red bean paste.

Dango: similar to mochi, as it is also made of glutinous rice flour. It is sticky and dense, does not have any filling and is often served on skewers.

Warabimochi: is a jelly-like dessert made out of bracken starch dipped in toasted soy bean flour.

Dorayaki: 2 Japanese pancakes assembled together with red bean paste in between.

Castella: is a sponge cake, very light and fluffy, popular during Japanese festivals. 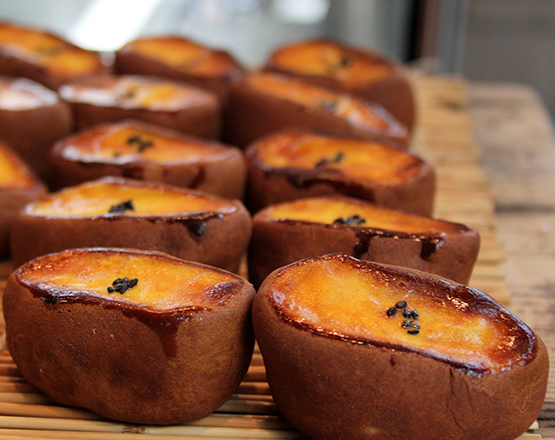