The story goes that in the 16th century, the city of Seville housed countless friars and nuns, so many that three out of every ten of the city’s inhabitants lived behind convent walls. If a visitor were to ask about the origin of many of the plazas in the city center, he or she wouldn’t be surprised to hear that quite a few of them are, in actuality, the empty spaces left behind after the French modernized the city, imparting their particular style on it. And what remains of the rest? There are few convents left and the majority of them are uninhabited or have very few occupants. Some things have been lost (and others surely gained) through these changes, but since we’re here to talk about food, it seems like a good idea to mention the products that were made in these convents, which today are practically archeological relics from another time. 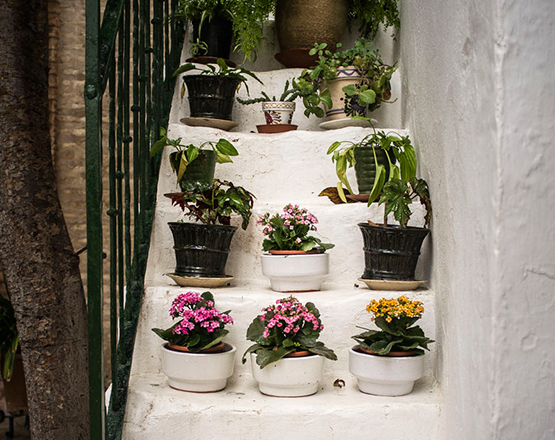 The city’s few remaining nuns – who are of an elevated average age – still make some things, principally sweets, to subsist. In fact, at Christmastime, there is a market where convent sweets are put on display and sold. Some of the most well-known are the delectable Yemas de San Leandro, which are made by the Augustinian nuns. Other monasteries are known for their pestiños, tortas, mazapanes (marzipan), mermeladas (jams) and magdalenas… I stopped by the Convento de Santa Paula, inhabited by San Geronimo nuns, for a look at what they were making there. 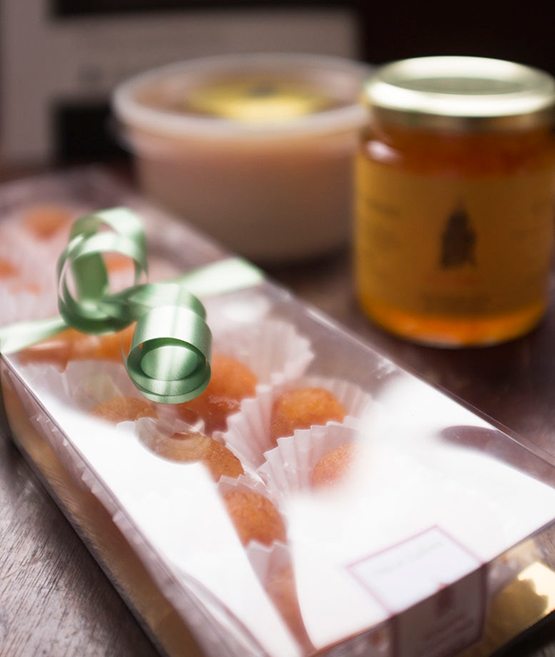 First of all, it’s well worth the visit since the monastery was built in the 16th century. It has a beautiful entrance, a silent compass, a wondrous steeple and a beautiful church. And of course, with the exception of the museum, one cannot go beyond these limits. The convent is strictly cloistered – world within a world – something that is somewhat surprising in the midst of the twenty-first century. For this reason, the nuns are hesitant around cameras and, in my case, soon regret having given their permission for a photograph… 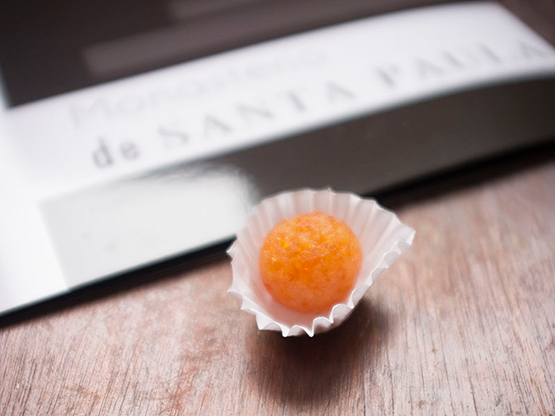 Interestingly, this convent is currently inhabited by nuns from different backgrounds: Spanish, American, Asian… However, at least as far as the outside world is concerned, the nuns continue to make the traditional sweets without incorporating elements from other cultures: it’s not about a melting pot, rather tradition. Just by looking at what is offered on the torno – a sort of lazy Susan that has been converted into small room where we are waited on by a charming woman from outside the convent – one can see that there has been no cultural mingling and that there doesn’t appear to be any influence from the new nuns. 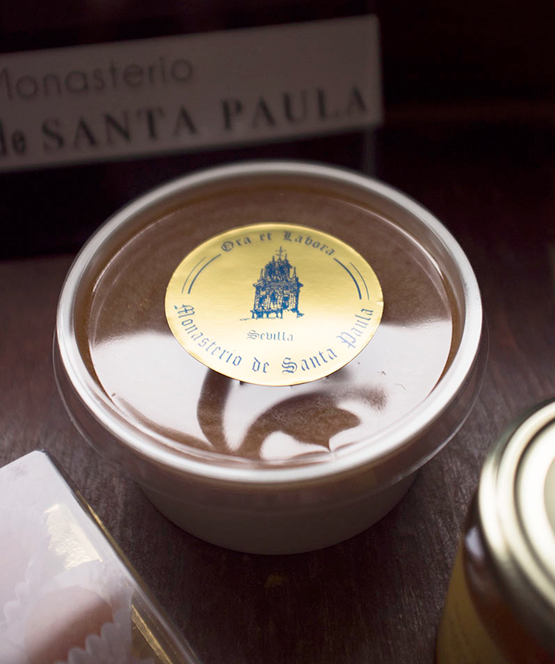 The membrillos (quince paste), jams, creams, turrones, alfajores… are all made artisanally without any artificial additives (I would call them organic), and if there’s something that’s slightly novel, it’s a few of the jam varieties (such as kiwi and tomato). Jealously guarding their privacy, the nuns seem to live completely cut-off from the world, even that which makes its way behind their walls. Much of what these small-volume producers make can be ordered online, but there are things that one can only sample by visiting the convent: magdalenas, tocinos de cielo and turrones… Delicious treats that invoke flavors of the past.

The following is the basic recipe and secret of their success:
Ingredients:
4 cups Love
2 cups Loyalty
3 cups Selflessness
2 cups Friendship
3 spoonfuls of Hope,
2 spoonfuls of Tenderness
4 parts Faith and one barrel of Laughter.

Mix the Love and Loyalty well, and combine with Faith.
Add: Tenderness, Kindness and Understanding. Season with Friendship and Hope. Finish with liberal amounts of Happiness. Bake in the sun.

This recipe is combined with the finest raw ingredients and that’s it. 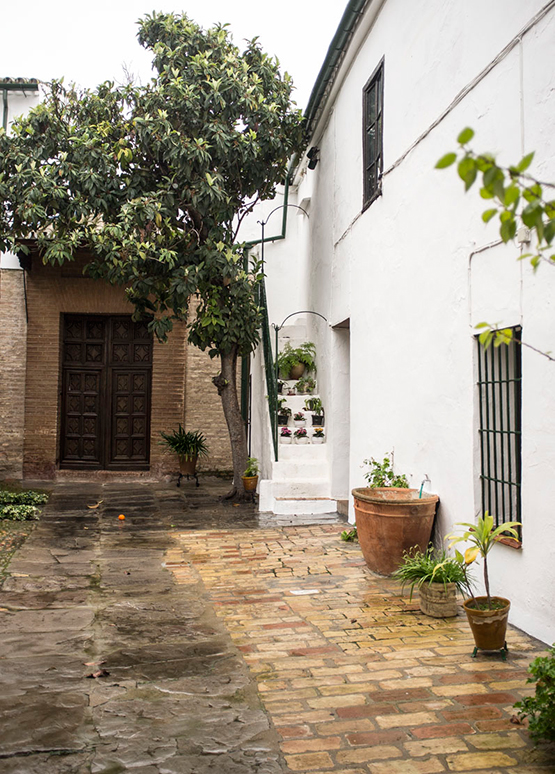