From the outside, Better Half in Atlanta, Georgia (USA) looks like another strip-mall restaurant, if a colorful one.However, walk inside and clues that Better Half isn’t your typical restaurant are immediately visible: the kitchen is open to diners, where the chef, Zach Meloy, is cooking in front of a bar lined with stools. A plate might hold a pan-seared trout over buttered popcorn puree, with just the right amount of a smoked piperade to garnish. And the force behind opening Better Half is equally anti-establishment. Where many potential restaurateurs look to family money or investors, Better Half got its seed money from 406 donors from across the world that, in total, donated $71,950 to help Zach and Cristina Meloy get their restaurant off the ground. 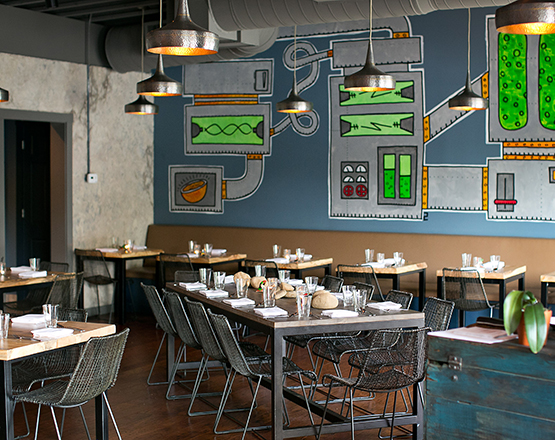 Crowdfunding is a big-time buzzword, with companies from tech start-ups to ice cream trucks getting their start-up cash from websites such as www.kickstarter.com. The first restaurant to get its start on the site was a California-based macaroni-and-cheese shop, Homeroom, in 2010. Since then, over 300 restaurants across the United States have garnered funding by asking for it over the world wide web.

“We chose Kickstarter for three reasons,” says Zach. “To raise the funds for our build out, as a litmus test to see if there was a market for us here in Atlanta, and as a form of publicity.”

Better Half grew from an underground supper club called PushStart Kitchen, which the Meloys held in a small art studio-turned-dining room several times a week. Zach, a professionally trained cook, studied at Johnson & Wales in Colorado, earned his cooking chops under Frank Stitt, and then moved to Costa Rica with wife Cristina and immersed himself in Latin cuisine. The restaurant owned by the couple, Media Naranja, closed during the recession and the two headed back stateside, where they started the supper club. The PushStart Kitchen meals were molecular affairs, inspired by local produce and haute cuisine techniques (think roasted onion flan with manchego bubbles), enjoyed around a table of strangers. The Meloys wanted to be sure to carry this ethos over to their permanent spot. 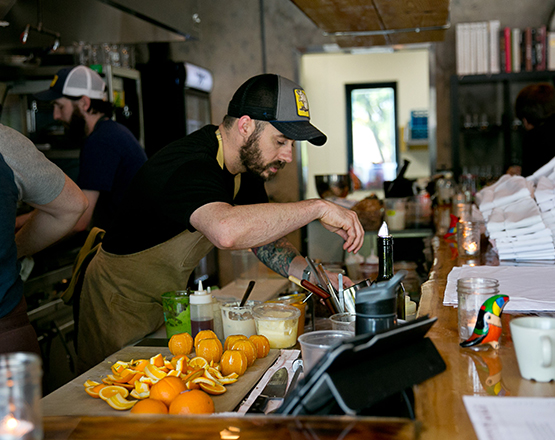 “From the beginning, we wanted to make sure that our place was a community driven restaurant,” says Zach. “What better a way to fund a project that through the neighborhood that had helped inspire it?” Zach estimates that most of the donors were previous diners at PushStart, and many of them were personal acquaintances.

It’s not enough, however, to delight diners with mascarpone cheesecake, candied fennel, and fennel frond granita—this is the web, and you need a Michelin-star social media strategy. “You have to constantly update and interact with he page to keep interest alive,” says Zach. “Just posting your campaign and hoping for the best is not the best way to make it work.” Better Half reached their goal in a mere nine days, proof that the local community was behind the future restaurant. 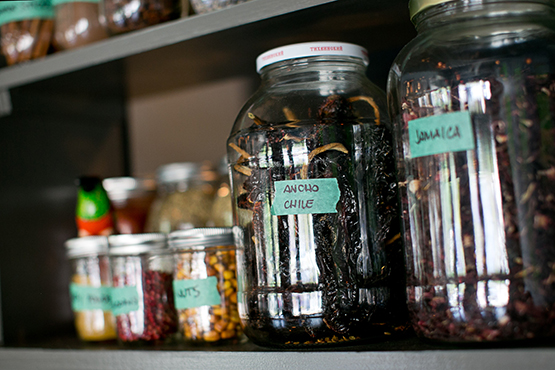 But crowdfunding isn’t all roses and free-flowing cash. “The one thing that we weren’t expecting was the exceptional amount of work involved in redeeming everyone’s Kickstarter rewards,” says Zach. “That’s on top of the crazy effort that went into building out a restaurant.”

Websites such as Kickstarter are not altruistic in nature. During their month-long campaign in 2013, Better Half offered handsome rewards in exchange for different levels of sponsorship. Ranging from a high-five for donations of $25 or more to a private dinner for 30 in exchange for a $10,000 donation, these offers sweetened the deal for those interested in lending a hand. “I would recommend it, but I would warn a potential user that there is a lot of work involved,” says Zach. “In the end, there’s still no such thing as a free lunch, or restaurant.” 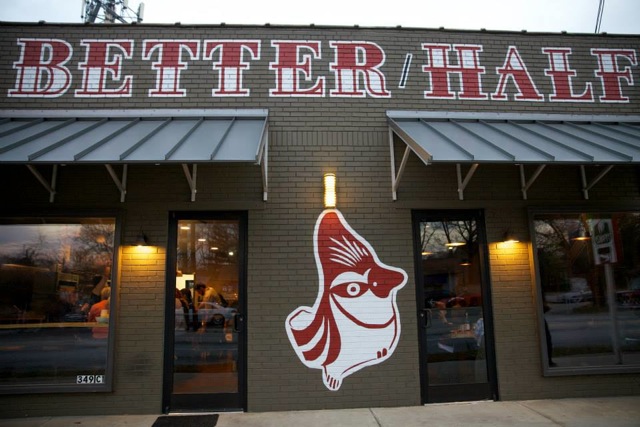